Dear CEO – watch it, or else

One victim of the advent of the internet was supposed to be letter-writing.

The transition from snail mail to email has been blamed for what has been lamented as a lost art.

While copper plate script adorning Basildon Bond might be a reference only some of us get, the letter itself is in rude health. It’s still a singularly effective way to make an important point, all the more so for being delivered physically, rather than landing in an already over-crowded inbox.

In the case of the “Dear CEO” letters regulators write to companies, industries and sectors, I suspect every word is combed over with exaggerated attention.

That’s because these missives are effectively a shot across the bows, a signal that indicates that the potential or, indeed, identified inequalities, performance risks and pitfalls of these markets are both known to the regulatory authority and are on their radar.

Effectively, the letter is a civilised entreaty to pull back from any activity or behaviour which may result in the regulator in question having no option but replacing prose with enforcement action.

Twenty-three were sent in the tax year 2019-20, another 22 in 2020-21 and a further 23 in the 12 months just ended. They’re available for all to see on the websites of the Financial Conduct Authority, which regulates the conduct of capital-intensive (financial services) firms and the Prudential Regulation Authority, which oversees prudential issues.

As you can see from the chart below, this level is in stark contrast to the experience a decade ago. 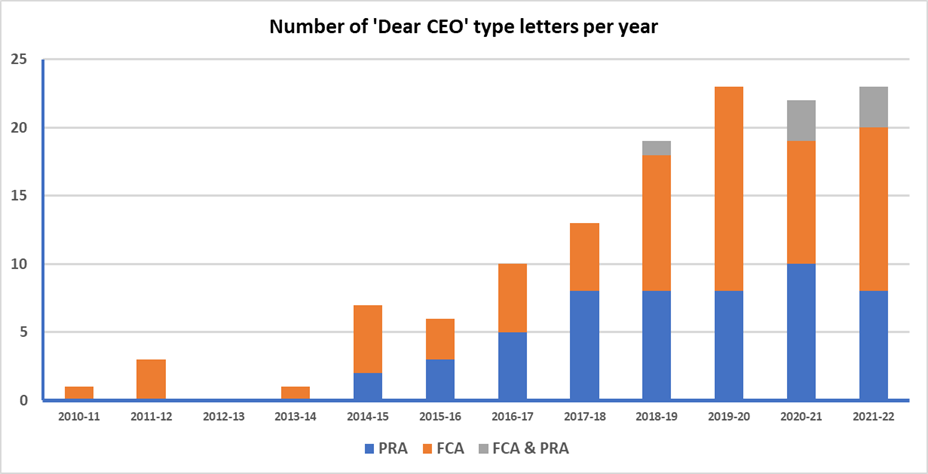 From peer-to-peer lending and mortgage products to debt collection and financial promotion, all these activities have found themselves within the ambit of a Dear CEO communication. What this means to the uninitiated (and it’s by no means a widely-known aspect of regulatory activity) is that there has historically been or could well in the future be some aspect of commerce which falls foul of the consumer and commercial protections for which the letter-writer has regulatory oversight. 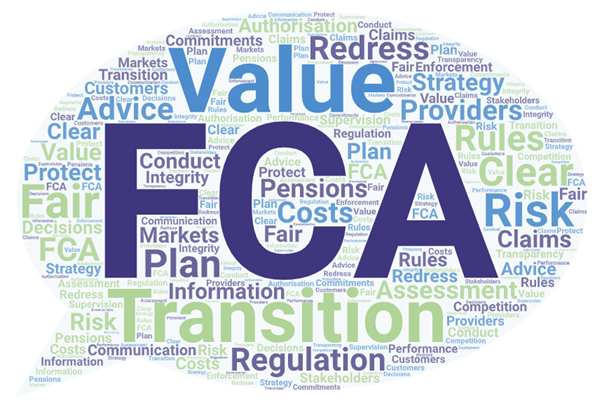 When this happens and you think you or your business has been unfairly treated, you need to establish three things.

Liability, causation and quantum. Put simply, who’s to blame, how much are they to blame and how much have you lost as a result.

Quantum is where we come in.

Punter Southall Analytics manage the process for you. Typically, it requires collecting large volumes of relevant data in multiple formats, which is often dispersed throughout an organisation and supplier base.

We will guide you through the relevant stages: from preliminary estimates to provisional calculations based on data you have readily available, to full quantification analysis and reporting including chosen counterfactuals and interest assumptions.

Streamlining it further to reduce costs, we also produce evidence to support your claim, from filing through to court proceedings.

Attention-grabbing as it must be to receive a Dear CEO letter, it’s probably naïve to believe that a letter alone, no matter how well written, is likely to be the end of the matter it seeks to highlight.

Attention-grabbing as it must be to receive a Dear CEO letter, it’s probably naïve to believe that a letter alone, no matter how well written, is likely to be the end of the matter it seeks to highlight.

Cartel? What cartel? Where there’s a market, there’s manipulation….

More from our blog

Cartel? What cartel? Where there’s a market, there’s manipulation….

Talk to a specialist

If you have a query for us, just fill out the short form and we'll be in touch.