We’re delighted to have won the best thought leadership category at the Pensions Age awards for founding and launching National Pension Tracing Day.

While we knew we had created something original and worthwhile, seen by millions and supported by our competitors, coming top in this category was further validation for our efforts.

National Pension Tracing Day is supported by Scottish Widows, Aegon, Legal and General and Standard Life and was created to encourage people to rediscover savings they may have overlooked, an estimated £19bn is lying unclaimed in some 1.6mn pots.

A key factor in why people mislay pensions is changing jobs – on average 11 times in their life - and moving house, typically eight times, but forgetting to tell their pension company about a new employer or address.

To make the task easier, Punter Southall Aspire built and launched the NPTD website. Tips include retracing old jobs, searching paperwork, checking each pension pot to ensure contact details are correct and researching any gaps in pensions over your lifetime.

So we thought we would dedicate a day or, at least, an hour to doing something about it. By designating the date when the clocks go back – October 31st - to signal the end of summer, everyone gains an hour. Why not make a start on tracking down your pensions, we reasoned?

In the end, the day earned eight million verbatim mentions on Google, was seen by about half-a-million people on social media and was widely reported across press and broadcast media, helping not only to build awareness but to help people take action to address this stubborn issue.

Thanks to the success of its first year, we’ve already started setting out what National Pension Tracing Day will look like in 2022 as it is now an established pension date in the calendar. 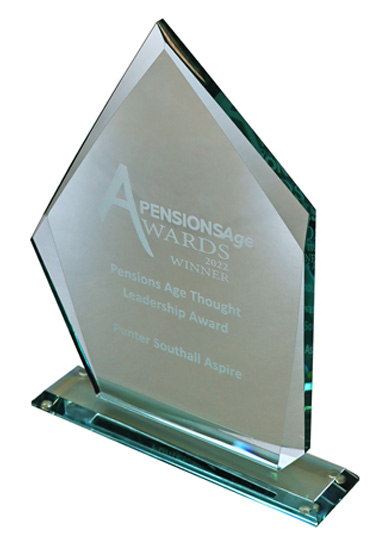 The day earned eight million verbatim mentions on Google, was seen by about half-a-million people on social media and was widely reported across press and broadcast media.

Developed to give you greater control over what you want to make available to your employees.

More from our blog

Talk to a specialist

If you have a query for us, just fill out the short form and we'll be in touch.