A complete guide to pension challenges faced by independent schools

Over 284 independent schools have already formally exited the Teachers’ Pension Scheme, or confirmed their intention to do so.

A challenging time for many independent schools

Ongoing disruption and uncertainty, together with growing costs, adds up to testing times for your school.

One of the key issues many independent schools face, especially those run on a charity or trust basis, is the increasing cost of providing teachers with membership of a defined benefit (DB) pension scheme such as the Teachers' Pension Scheme (England & Wales) and Scottish Teachers’ Pension and Superannuation Schemes (Scotland).

We know from experience that many schools are looking to address this by reviewing and potentially moving away from their existing schemes, but are struggling to communicate this to their staff in a way that demonstrates the value of the replacement solutions and their continued commitment to fairly reward and support their staff.

To help you better evaluate your existing scheme, plus design and communicate your future scheme(s), we've developed this web page resource to provide some easy tips, guidance and takeaways as well as some more advanced strategies.

There are links throughout to research and blogs that will provide further reading and lots of hints, tips and ideas.

If you have any questions or suggestions, please don't hesitate to contact us.

The Teachers’ Pension Scheme (TPS) is an unfunded defined benefit pension scheme, backed by the Government, that provides benefits for over 700,000 teaching staff throughout England and Wales. Its Scottish equivalent is the Scottish Teachers' Pension Scheme (STPS). Put simply, today’s pension contributions paid into the scheme go straight back out the door to pay for pensions and other benefits in payment. In other words, outgoings (the level of benefits being paid and the number of members in retirement at any given time) versus incomings (the number of teachers and their employers contributing, and how much) is a bit of a balancing act.

In practice, it’s far from that simple and there are issues with such an approach. One issue is the balancing act itself, the number of people in retirement and length of retirement is generally growing faster than the number of teachers working, meaning contribution rates have had to increase to keep up and expectations are that further rate increases are inevitable.

In addition, the TPS and STPS changed the benefits they offered in 2015 and put in transitional measures for staff nearer retirement. Similar transitional pension arrangements under the Firefighters' pension scheme have since been ruled as unlawful age discrimination (the 2018 McCloud judgement) and further changes have been proposed to address this, including changes to the TPS and STPS. Full details of how and when these changes will be implemented have still to be confirmed for teachers’ pension schemes, but we do know the level of benefits will be higher than under the transitional arrangements and there will be an associated cost which we expect to be passed on to schools in the form of higher employer pension contributions. The resultant contribution rate was due to be confirmed as part of the 2023 scheme valuation and contribution rate review. However, delays associated with the McCloud judgement has deferred the review to 2024 for the TPS. That delay itself will likely further increase costs with pension contributions expected to be higher than they would otherwise would have been, i.e. the rate review is still effective from 2023, it’s just the implementation that’s being delayed and therefore any 2024 increase will need to cover backdated scheme costs including 2023.

About the Teachers’ Pension Scheme:

If you're responsible for your school's teachers' pension scheme, what do you need to consider now?

Our panel of experts share some of their experiences, including top tips from schools that have successfully completed their pension scheme reviews with our support.

Simply register your details to watch a recording of this webinar.

Unfortunately there is very little you can do to manage your pension scheme costs within the TPS and STPS, the payment basis and contributions rates are determined by the scheme and are out with your control. Defined contribution (DC) schemes are very different.

How to get your independent schools' pension costs under control

We can help you to assess the impact on your costs of moving to a defined contribution (DC) pension scheme, where you have a great deal of control over how and how much you contribute.

This approach will allow you to have certainty over costs while still providing a valuable benefit to staff.

Remember, a DB pension scheme provides a pre-determined outcome at an unknown but variable, currently increasing, cost to both you and your teaching staff.

This certainty of outcome can often be a big factor in any change discussions.

A defined contribution scheme can be beneficial because of the certainty of cost to you and your staff, as well as the additional flexibility for staff to ensure that the amount of money they put in - and how they draw their benefits - fits their lives.

Fundamental to this change will be finding a provider that can support you and setting a contribution rate that is affordable but valued by your staff.

Whilst a DC scheme doesn't provide a guaranteed level of benefit, it does have these advantages amongst others:

How we helped an independent school
review their pension arrangement

We have nationwide experience in supporting independent schools with reviewing their pension arrangements.

This case study sets out how we supported a school that currently provides benefits to members through the Teachers’ Pension Scheme ( England and Wales), but reflects the support we can provide to schools participating in the STPS (Scotland).

Teachers' pension schemes are changing. Here's our blog on what you need to know if you're considering a review

“Punter Southall Aspire has been working with us for more than a decade. We greatly value the consultancy support provided, in that it serves to guide us through the often complex nature of pensions. Throughout our relationship, Punter Southall Aspire has proven reassuring, comprehensive and professional. This has enabled us to take prompt and effective action where required. We have also welcomed their support in ensuring that our member communication is clear and informative. We commend them for the service they offer."

“As a registered charity we rely heavily on appointed professionals to assist us in the ever changing world of pensions and Punter Southall Aspire have done this for over 20 years now. Their ongoing consultancy and annual governance service focuses our minds and ensures that we continue to remain compliant and offer a good quality pension scheme to our employees.”

“Punter Southall Aspire provided the detailed advice and support we required to make the necessary changes to our internal policies and procedures and to communicate the arrangement to our employees. [...] Overall, the expertise and service provided by Jon was integral to the success of the project..”

Independent schools' can use salary sacrifice for pension contributions

Have you considered using salary sacrifice for your pension scheme?

It’s not an option under the TPS and STPS, but under a DC scheme the benefits of salary sacrifice can be substantial with savings of up to 25.8% of employee’s contributions (i.e. 13.8% in respect of employer NIC and up to 12% in employee NIC). Those savings can be used to offset employer pension costs and increase staff’s take home pay, and/or some/all can be used to boost retirement savings.

There's no denying that choosing how employees’ pension contributions are paid is complex.

There’s a lot of choice and the benefits and/or savings between the different options can be substantial for both employers and their employees.

For example, the table below shows five different ways to approach the same employee pension contribution, each with a very different outcome.

If this was your own pension contribution, which option would you choose?

Assumptions:
Employee is a basic rate taxpayer entitled to 20% tax relief.
All earnings subject to NI rates of 13.8% employer and 12% employee

We have supported a number of schools in reviewing their employee benefits, including:

Reviewing whether continuing to provide a DB pension is sustainable.

If an alternative approach is needed, it's important to understand the level of benefits the School will provide going forward. We can help design an employee benefit package and pension contribution structure that's flexible and valued by staff.

Reviewing the pensions market to find a future pension provider that provides a cost-effective yet valued benefit to teaching staff, whilst supporting the Board of Governors in ensuring robust due diligence on the future provisions has been documented.

As part of this we'd consider the Aviva Pension Trust for Independent Schools (APTIS) proposed by ISBA.

Supporting independent schools in delivering a clear message to staff around the need and rationale for change, as well as providing important pension education. In our experience, clear and open discussions through the change process are key to ensuring the teaching staff continue to value the overall benefits they receive.

Your teacher's pension scheme:
what you need to consider

Thinking of reviewing your pension scheme? Here's what you need to know.

We can also help you monitor your pension arrangements for both teaching and non-teaching staff.

We've supported a number of independent schools in ensuring that their pension arrangements are providing a secure and valued benefit while meeting their legal duties as an employer. 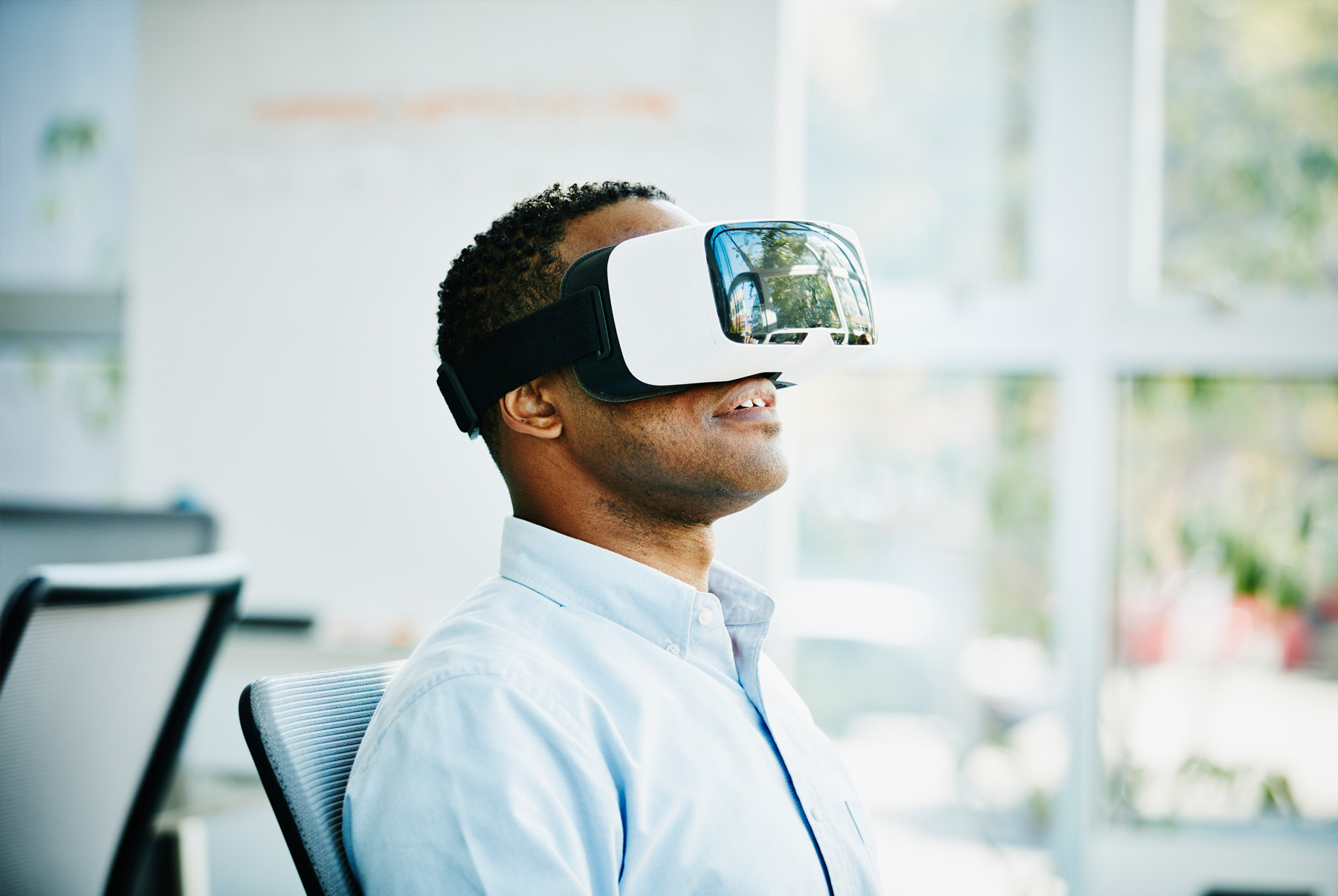 "If you decide to go forward with a pension change, it will no doubt be a challenging time for the school."

Looking to manage your pension costs?

Here's what you need to consider

If your school wants help managing staff pension costs, now might be a good time to review your existing DB scheme.

Exiting the current scheme may not be the right option for all schools but we can support you in assessing the impact.

If you decide to go forward with a pension change, it will no doubt be a challenging time for the school. We can help you navigate this through:

Spend 30 minutes with one of our consultants and receive a free communications audit.