Economy watchers will have noted the volume being turned up on the negative interest debate.

Indeed, the Bank of England making public that its decision-makers hold opposing views on where rates should go next, has led to a fresh surge of speculation.

If we take a step back, we can see that the deployment of negative interest rates as a response to darkening conditions is already a reality for the ECB and Switzerland’s central bank.

Does that make it more inevitable they will be unveiled by the Fed and the Bank of England?

As one of my more mathematically-minded colleagues keeps reminding me, zero is just a point on the number line, an arbitrary node. (Incidentally, the concept of zero in western mathematics did not emerge until after the 5th century from India).

And mathematically speaking, the calculations are easy to make but I would question some of the outcomes.

For example, take a company making profits that will grow from year to year. If you follow the arithmetic, it plots a path where its values approach infinity (apologies to the less numerically inclined readers among you, but this concept has a mathematical industry all to itself).

In the real world, this outcome is clearly nonsense, so you need to challenge the assumptions by asking: in a world of near-zero interest rates could a business grow its profits, in nominal terms, indefinitely?

You and I would be very sceptical about this yet “the infinity argument” might be a factor behind the significant rise in the price of the large US tech stocks.

So it highlights the considerable asset inflation since the 2008 credit crisis, even while interest rates fell and continue to do so during this global pandemic.

The corollary is facing up to what the downside might look like, a real psychological barrier in itself because it raises the spectre of deflation.

Bear with me, as I know many of these aspects have been well rehearsed.

But why deposit money with a bank if they charge you for the pleasure of having your money? If you look closely, banks are already doing this in many instances. Why invest if you know that you will get back less than you put in? Yet again this is already happening across Europe.

If deflation does descend, then you will have less money to buy goods but they will, in turn, cost you less to buy.

My colleague, Tom Beckett, is worried about a much more destructive scenario.

One in which government stimulus creates the conditions for mushrooming inflation, meaning your money buys you less as prices increase.

Leaving aside the esoteric, what about the practicalities? In a world of nominal negative rates, does the legal framework enable you to reduce pension payments, upward-only rent review contracts, salaries and many, many other areas?

Another practical consideration is how far can nominal negative rates fall before we all revert to stashing physical currency under the mattress? There is a cost to storing notes, if you can get hold of them, securely. Modern banking has, heretofore, erased this as a widespread concern.

The issue in principle suddenly looks, if anything, a little less complicated than what it would look like in real terms.

I think the practical has been underplayed by Covid-driven policy decisions being too strongly tied to the modelling. It is very difficult to capture the wide range of behavioural outcomes in this way.

Not for the first time, we have had negative rates in index-linked bonds, as well as negative real interest rates before now. The graph shows that these tend to arise at times of great stress such as wars or depression. 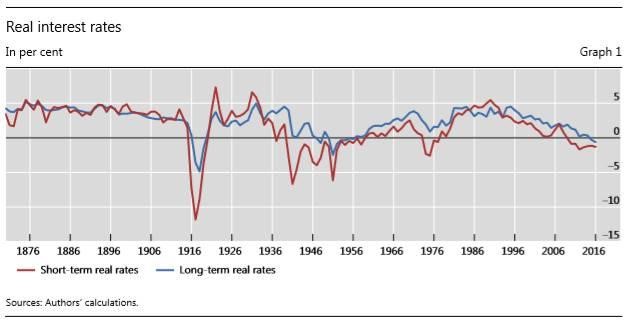 (If my musings aren’t sufficient, this is worth a read.)

Finally, what impact will this have on our lives? We continue to watch assets increase in value, which favours those who hold them.

For many, those asset owners are the one per cent who reliably continue to increase their wealth, albeit the membership of this select group does evolve over time, not forgetting the role they play in pension funds. Can we expect this to go on at the expense of the majority?

As a footnote, I have written previously that we currently have the most socialist chancellor, certainly since the second world war.

Those who recognise the benefits of the New Deal under FDR in the 1930’s may well say Rishi Sunak has not gone far enough. I think to myself: what actions would Keynes be advocating now? Would he support the use of negative interest rates?

Mathematically speaking, the calculations are easy to make but I would question some of the outcomes.

“The Global Economy: Are We Living in a Suspended Reality?”