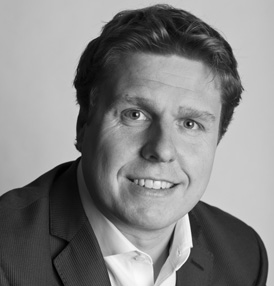 Apologies to the excellent Cat Stevens for my ridiculous title…

At Twentyfour Asset Management’s excellent recent conference (by screen, sadly not in person as is the fashion of this time) in an “ask the audience” moment, participants were asked which major central bank would be the next to pursue negative interest rates or push their main interest rate further below the “zero bound”.

Having read Jonathan’s recent blog on the subject, I felt qualified to contribute to their survey and was confident that it would be the Bank of England that opted for this strategy.

This meant that, for once, I disagreed with my good friend Mark Holman, the CEO of Twentyfour, who felt that there would be no more interest rate cuts from the US Federal Reserve, Bank of Japan, European Central Bank or the Bank of England, but if one did cut rates further then it would probably be the sadomasochists and architects of Europe’s destruction at the European Central Bank (these are my caustic descriptions not his)!

In my view, the idea of negative interest rates is so stupid that it seems almost certain that in this time of “Through the Looking Glass” policies and politics that the Bank of England will pursue it, following the Bank of Japan and European Central Bank down the financial rabbit hole from which there is no obvious escape.

The evidence from those two shrinking economic giants is that negative interest rates don’t work, unless secular stagnation, a paralysed banking system and asset bubbles are your aim. Both the Japanese and European central banks are achieving such lowly aims with ease. Well done to them.

Maybe these pursuits are also the aim of the Bank of England, with the economy here just as bad as any major economy around the world, banks shrivelling further by the day and increasingly questionable price rises in the housing market and high-quality corporate bond markets.

Indeed, we have seen the groundwork recently being laid for such a move with the Bank of England encouraging major UK banks to assess and analyse how such a policy would be enacted in practice.

In my view this would be the next logical step for an economy that is increasingly taking a centrally planned approach. Indeed, those who voted “Conservative” at the end of last year will be questioning whether they really voted “Communist”.

For all the criticism of China’s similar political and economic linkage, most developed world economies appear to now be adopting their central economic pillars, with the strings pulled by an overarching (and overreaching) government.

Some might also question whether we have taken on some of their social policies as well, but that’s not one for a lowly financial scribe such as myself. The UK voters might have resoundingly voted against the economically questionable policies of Jeremy Corbyn, only to find a year later that such policies are underpinning the governments’ actions.

Of course, many will use the COVID-19 crisis as the excuse behind this obvious swing to the left and the “necessity” for the Bank of England to cross the interest rate Rubicon. I disagree.

The medical crisis might be the immediate cause, but these policies and actions have been years in the making and are a reflection of the mutually shared issue that all the developed world nations share; too much debt, not enough growth, years of political irresponsibility and a greying population. These underlying causes would have meant that we arrived at this point before too long anyway in the decade that I have described as the “Turbulent Twenties”.

So, what could the consequences be of negative interest rates and further large increases to the debt piles?

Undoubtedly, we are going to see gargantuan amounts of QE; there’s no other way to get markets to digest the amount of debt that’s coming. In addition, whether rates go below zero or not (it’s probably 50:50 right now) they are not going up for a long time; it took the Fed seven long years to raise rates after the GFC, so I’m not sure this time will be much different.

But as Jonathan mentioned in his blog, I am increasingly of the view that inflation risks are rising. Our central view is that even though COVID-19 is a near-term deflationary shock, there are conditions in place (such as taxpayer guaranteed bank loans) that might mean that inflation could well surprise to the upside in the coming years.

We know that the Federal Reserve and other central banks will ignore any rise in prices, not least because what they really want to do is to use inflation and low/ negative interest rates as tools to whittle down the teetering debt piles that have been amassed by governments over the last twelve years.

This is another reason why we believe the “Turbulent Twenties” moniker is so relevant to the years ahead of us. We all need to ensure that we have acted today to prepare for an uncertain future.

For all the criticism of China’s similar political and economic linkage, most developed world economies appear to now be adopting their central economic pillars, with the strings pulled by an overarching (and overreaching) government.

FTAdviser's Top 100 Financial Advisers list has recognised the business as one of the UK's very best, placing Punter Southall 9th in their rankings.